The Trade Promotion Authority bill signed into law the beginning of this month included provisions which increase the penalties related to employers’ Affordable Care Act (ACA) reporting (e.g., Forms 1094-C and 1095-C). The bill also reinstated the trade-related Health Coverage Tax Credit (the HCTC), which had expired on December 31, 2013.

The trade bill made increases in the penalties for IRS reporting failures. These increased penalties also apply to other information returns and filings, such as W-2s, and are effective for reporting required to be filed or furnished after 2015. So the increased penalties would apply to the first year’s filings under the ACA, which relate to 2015, but are due in early 2016.

The general penalty for failure to file a required information return with the IRS (which is subject to reduction, waiver or increase for various reasons) will increase from $100 per return to $250 per return.
The cap on the total amount of penalties for such failures during a calendar year will increase from $1,500,000 to $3,000,000.
If a failure relates to both an information return (e.g., a Form 1095-C required to be filed with the IRS) and a payee statement (e.g., that same Form 1095-C required to be furnished to the individual), these penalties are doubled.
If a failure is caused by intentional disregard, the new $250 penalty noted above is doubled to $500 for each failure, and no cap applies to limit the amount of penalties that can be applied with respect to that calendar year.

When looking at these increases, you should remember that these increases don’t affect the IRS’s enforcement policy for the first year of ACA filing. Specifically, the IRS won’t penalize employers that can show they make good faith efforts to comply with the ACA reporting requirements.

So, the “good faith efforts” standard is still in effect, but the penalties that will apply if that standard is not met are much more severe. If the employer attempts to complete the forms, but the information reported is incorrect or incomplete, that reporting failure would be considered a good faith effort and may be excused under the IRS enforcement policy. If, however, the employer does not file or provide a required form by the deadline, it seems that the good faith standard would not apply. 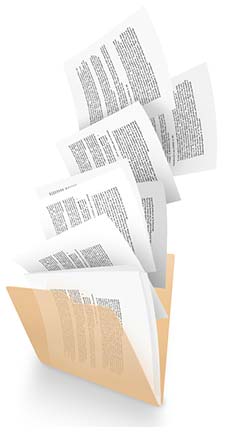 The U.S. Department of Labor has released its latest set of FAQs regarding implementation of various provisions of the Affordable Care Act. Highlights of the FAQs are presented below.

Summary of Benefits and Coverage (SBC)
Group health plans are required to provide, without charge, a standard SBC form explaining plan coverage and costs to employees at specified times during the enrollment process and upon request. (For insured group health plans, the notice requirement may be satisfied if the issuer furnishes recipients with a timely and complete SBC.)

The new FAQs provide that the updated SBC template (and sample completed SBC) made available in April 2013 continues to be authorized until further guidance is issued. The FAQs also confirm that certain safe harbors and other enforcement relief with respect to providing the SBC continue to apply.

Effect of Health FSA Carryovers on ‘Excepted Benefits’ Status
Excepted benefits provided under a group health plan generally are exempt from the Affordable Care Act’s market reforms. Health FSAs may constitute excepted benefits if, among other requirements, the arrangement is structured so that the maximum benefit payable to any employee participant in the class cannot exceed a certain amount.

The latest set of FAQs explains that unused carryover amounts remaining at the end of a plan year in a health FSA (permitted under the modified “use-or-lose” rule) should not be taken into account when determining if the health FSA satisfies the maximum benefit payable limit to constitute excepted benefits.

Other topics addressed in the FAQs include the application of cost-sharing limits to out-of-network items and services, and preventive coverage related to tobacco cessation interventions. For more on the Affordable Care Act, including previously released questions and answers, please visit our Health Care Reform section. 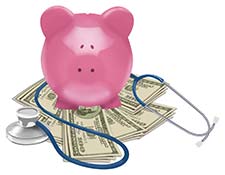 New guidance from the IRS explains the consequences when an employer does not establish a health insurance plan for its own employees, but instead chooses to reimburse those employees for some or all of the premiums they pay for individual health insurance, either inside or outside the Health Insurance Marketplace (Exchange).

Such arrangements are described as “employer payment plans,” which are considered group health plans subject to the Affordable Care Act’s market reforms (including the annual dollar limit prohibition and preventive services requirements). Employer payment plans also include arrangements under which an employer uses its funds to directly pay the premium for an individual health insurance policy covering an employee. The term generally does not include arrangements under which an employee may choose either cash or an after-tax amount to be applied toward health coverage.

Consistent with prior FAQs, the new guidance confirms that employer payment plans cannot be integrated with individual policies to satisfy the Affordable Care Act market reforms. Accordingly, such arrangements fail to satisfy the market reforms and may be subject to a $100 per day excise tax per applicable employee ($36,500 per year, per employee) under the federal tax code.

Visit our section on HSAs, FSAs, & Other Tax-Favored Accounts to learn about how these types of programs are affected by the Affordable Care Act. 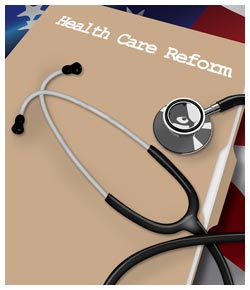 Federal law currently requires employer-sponsored group health plans to issue documents demonstrating an employee’s prior health coverage (called “certificates of creditable coverage“) that can be used to reduce the pre-existing condition exclusion period that a plan can apply to the individual. However, these certificates are becoming unnecessary as the Affordable Care Act prohibits pre-existing condition exclusions for plan years beginning on or after January 1, 2014.

As a result, the requirement to issue certificates of creditable coverage will be eliminated as of December 31, 2014. This effective date accounts for individuals needing to offset a pre-existing condition exclusion under plans beginning December 31, 2013, so that they will still have access to the certificate for proof of coverage through December 30, 2014.

Check out our Benefits Notices Calendar for other notices required to be provided by employers and group health plans.

Check back soon for some helpful links.